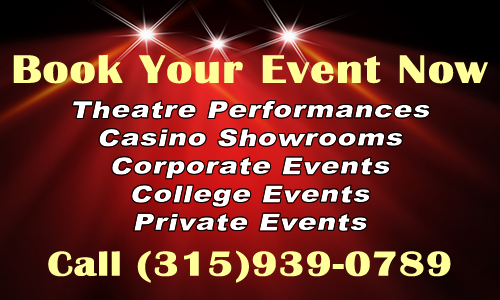 With an “All-Star” line up of musicians from Upstate New York, this power packed Billy Joel Tribute Show is bound to leave you speechless. From the minute Rick Zuccaro walks out on stage looking uncanningly like Billy Joel, and the Band starts to rock the house, audiences immediately realize this Billy Joel Tribute Band is the “real deal.” Performing crowd pleasing Billy Joel smash hits, with a few surprise arrangements, and an eight piece band with six lead singers, this is one serious, “must see,” Billy Joel Tribute Show!

As if a tremendous Billy Joel Tribute Show wasn’t enough, it gets even better. In the middle of the show, Rick Zuccaro and his All-Star Band bring children from the audience on stage, to pull the names of winning Elementary Schools and donate Yamaha Digital Pianos to the winning schools. Rick explains, “Music has been such an integral part of my life, I feel compelled to do everything I can to encourage children to play an instrument.”

It’s “All About Soul, A Tribute to Billy Joel.”